When it comes to European travel, Germany is often caught in the shadow of more glamorized locations like Spain, France and Italy. If you do travel to Germany, you’ll discover that it’s actually incredibly charming. From quaint villages with gingerbread-esque cottages to lush, dense forests, Germany has something for everybody, and the same goes for their cuisine. Often simplified as the land of meat and potatoes, most people don’t realize how wide the variety is in terms of German food specialties.

When you consider that at different points in time the German Nation also included many of its current-day bordering countries and that the Germany we know today remained divided for much of its history, it’s no wonder that German cuisine has many regional idiosyncrasies. In the North, you’ll find that the German diet relies heavily on fish and starts to resemble the diet of Scandinavian countries. In the South, many traditional dishes make use of wild game meats and tend to incorporate heavier ingredients like butter, cream and cheese.

Of course, some culinary traditions, including the German affinity for breads, beer and sausage, extend across the entire country. Germany has always had access to an abundance of meat. Before modern methods of preservation, the Germans relied on marinating, salting and smoking as a means of preserving meat, which helps to explain the over 1,500 types of sausages produced throughout Germany. When you eat in Germany, you can’t help but notice the variety of breads and pastries. Germans are renowned for baking and you will find loads of cakes and sweets that you have likely tried without ever realizing they were typical of Germany. We’ve started this guide by featuring some of the most beloved dishes in Germany, but will be adding more soon. If you want to be among the first to know when we’ve added new tasty discoveries, subscribe to our monthly newsletter. In the meantime, pour yourself a beer and prost to Germany!

Must-Try German Food Specialties: What to Eat and Where to Find It 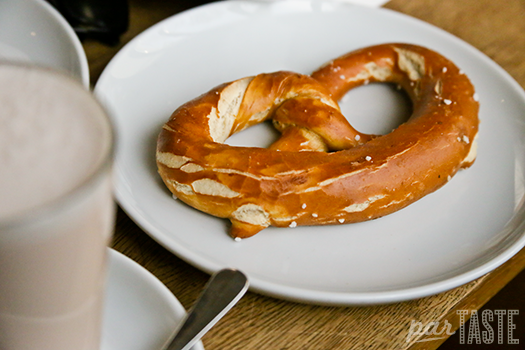 The soft pretzel, one of the most well known foods to come out of Germany! 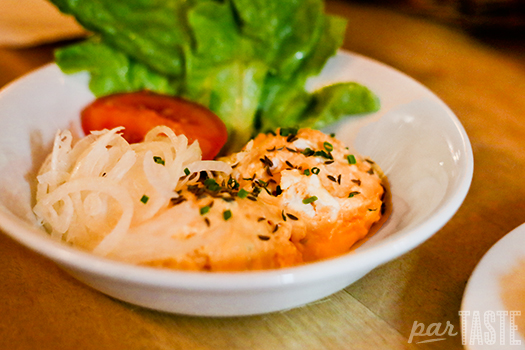 A seasoned Bavarian cheese spread that makes for an indulgent snack 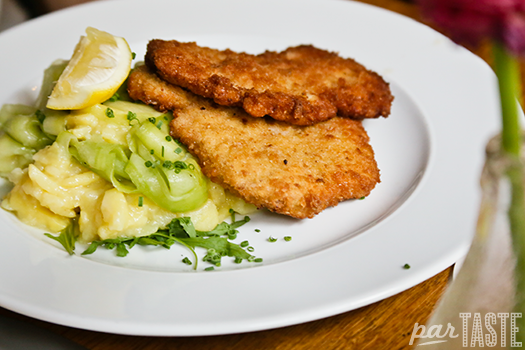 A meaty main adopted from the iconic Austrian Wiener schnitzel 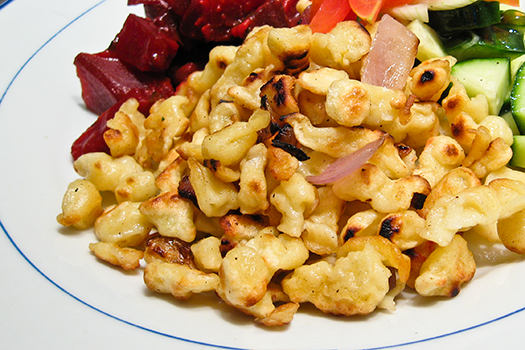 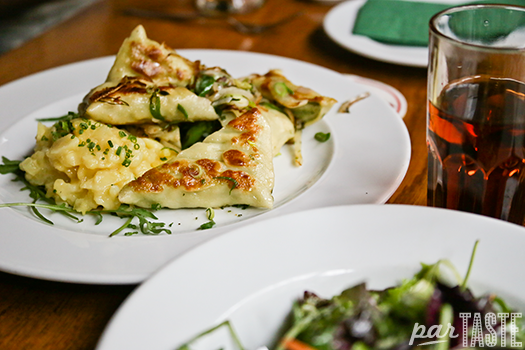 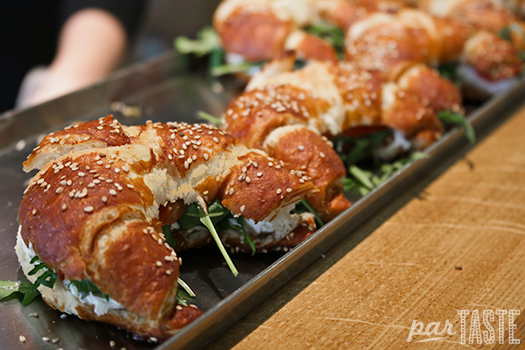 A pretzel-croissant, its deliciousness will surpass your wildest dreams 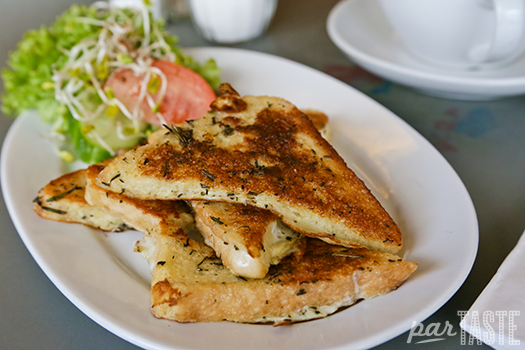 French toast, but made in Germany, and it comes in sweet or savory 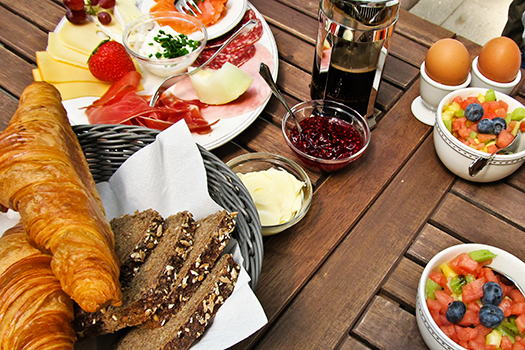 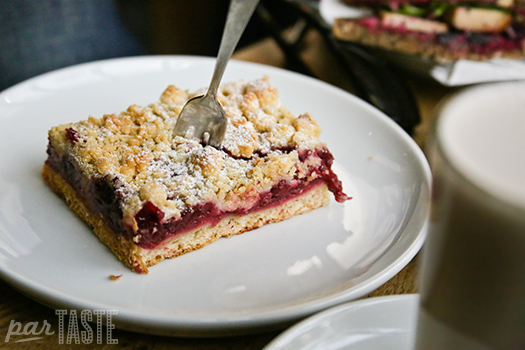 The original crumb cake, worth every calorie 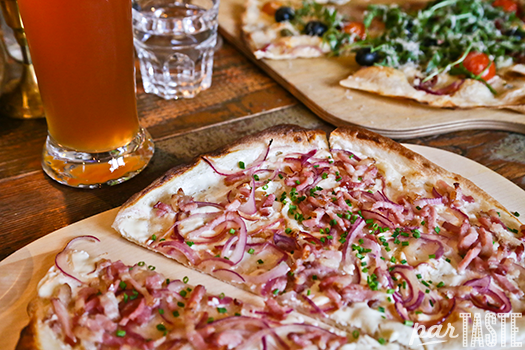 How Germany does mac and cheese 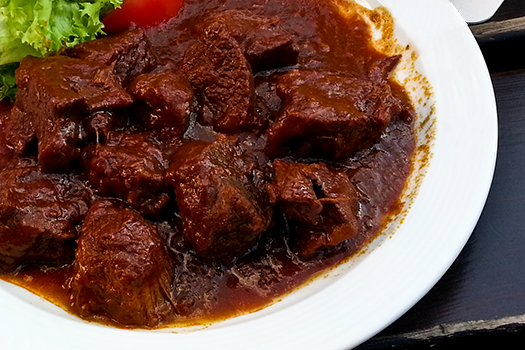 A meaty Hungarian stew that’s been adopted by most of the colder European countries, including Germany 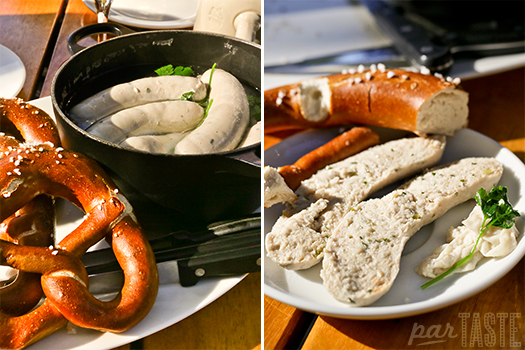 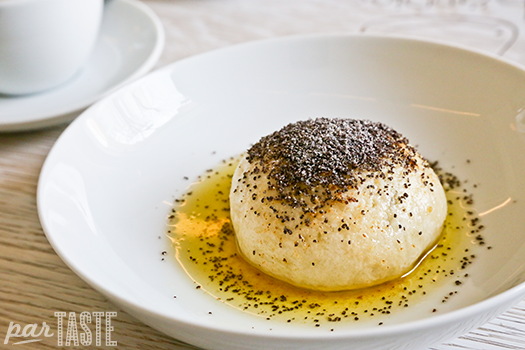 A sweet, dessert-like bun that’s acceptable to eat for lunch or dinner, yippee! 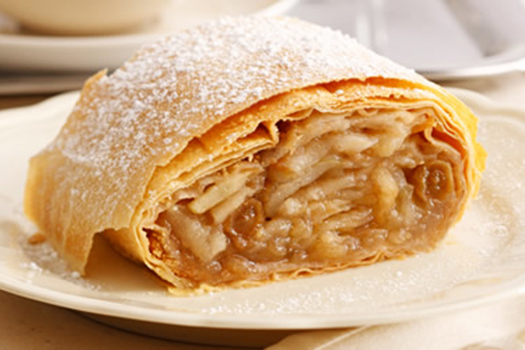