Imagine yourself seated among friends at a minimally set table, dim light glowing through rice-paper screens. A waiter walks swiftly towards your table, platters stacked upon his arms, glittering with the colors of expertly crafted sushi. One dish goes down after the other, each covered with fresh flavors of the sea. You can barely contain your excitement as you go for the first taste… 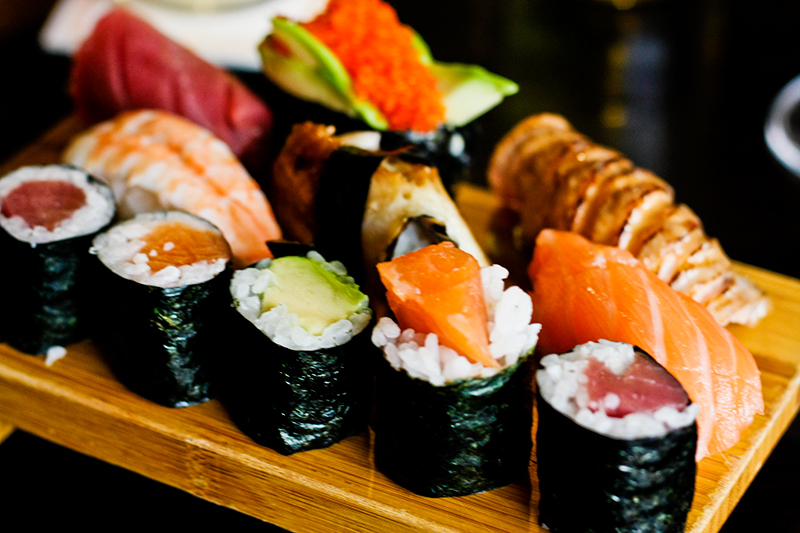 …just then, an overwhelming smell of charred beef wafts past you from an adjacent table, shattering your perfect sushi dream. You whip your head around in frustration and what do you see? A blackened patty, dripping with sauces and overly processed cheese.

Luckily for sushi-lovers reading, a carelessly made burger is the most unlikely thing you’d find in any respectable restaurant serving Japanese cuisine. Still, the ubiquity of the burger never ceases to amaze us, no matter where we are traveling. Despite our general love of food, there is something about a burger’s appearance among an otherwise well curated collection of dishes that reeks of impropriety.

Put Your Faith in Local Specialties

Let’s make it clear that ParTASTE has nothing against a burger that’s been thoughtfully included among a restaurant’s list of offerings. However, when you order a burger from a place where it truly has no business being, you are ordering something that’s likely to fall somewhere between average and revolting. 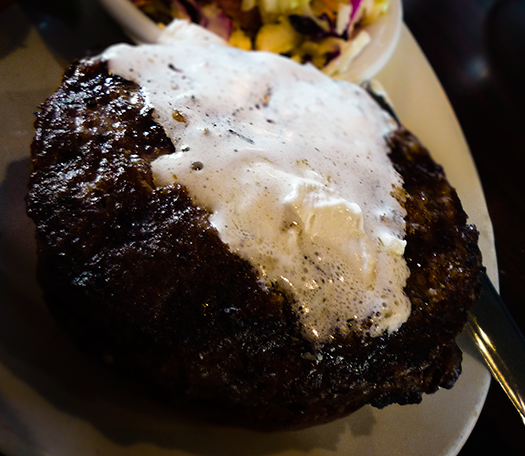 But we can’t put all the blame on the places that serve hockey pucks sandwiched between toasted buns with sesame seeds, people are still ordering these things! How many times have you looked at a menu, not really known what to eat, and just ordered a burger, “medium please?” There has to be a reason that burgers make such a common, albeit ill-conceived, appearance on menus across just about every country’s restaurant scene.

When confronted with an array of unknown things to eat, the unseasoned traveler might feel too intimidated to venture into a restaurant and just try something. We think that restaurants are using burgers to exploit the idea that people gravitate towards foods they are accustomed to eating, in other words, lazy dining. When this is the case, an inclination towards the familiar doesn’t always prove to be a good thing.

5 Reasons Not to Order a Burger While Traveling

1) That burger is probably not made of quality beef. Ground meat has an inherent ability to hide all sorts of things. In some cases, you might not even be getting pure beef. It’s not difficult to imagine a restaurant that’s concerned over their bottom line throwing the meat they need to sell into the grinding machine.

2) You will be missing out on the locals dining scene. One of the best parts of traveling is discovering new things. If you are going to the types of places serving burgers, assuming that’s not their speciality, you are much more likely to find yourself in the tourist scene. Do you really want to limit your exposure to gastronomic authenticity?

3) It’s a waste of your money. If you weren’t somewhere new, would you shell out $12.50 for a pre-made, frozen patty? That’s certainly not what we are going to splurge on while traveling. Restaurants that throw a burger on their menu carelessly are probably doing so in order to attract foreigners, and with that comes another unfortunate side effect of tourism: overpricing.

4) You could be enjoying food that’s way more tasty. It’s obvious that the places you are traveling would have great restaurants specializing in their native cuisine. Taking the chance to try something new could be the most delicious decision you make. Even if you could get a burger at that sort of place, why would you order something that the kitchen likely has no passion for cooking?

5) It’s a waste of the time you have to experience a new place. Most people have a limited amount of time to devote to traveling. When you’re on vacation, you have the opportunity to enjoy the world’s diversity. You can get a great burger at home, is that the meal you’re going to regret not having once you’ve returned to your routine?