An Introduction to la Carta

In any given restaurant in Spain, you may find yourself confronted with a dizzying array of menu items and section headings. If you are unfamiliar with the way people eat in Spain, a Spanish menu (la carta) can be pretty overwhelming. With so many misconceptions out there about Spanish cuisine, we thought we’d break things down to make a typical dining experience in Spain less confusing. 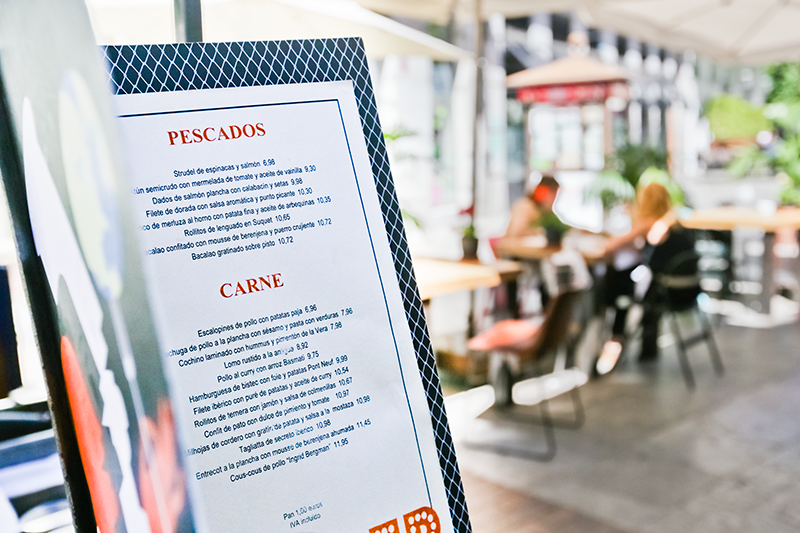 First of all, let’s talk about the way they eat in Spain. It’s perfectly acceptable to have a quick bite in a casual establishment or turn eating into a social affair across several different places, as is the case when you ir de tapas or partake in el txikiteo. While there are many ways to eat on-the-go in Spain, a formal meal has a long-standing place in the gastronomic culture. It wouldn’t be surprising for a proper comida to span the length of your entire afternoon. When the Spanish do stop for a meal, they like to take their time and enjoy it. This usually goes down in one of two ways: a group goes to a bodega, tasca or taberna for raciones or they go to a restaurante for a more traditional meal consisting of several platos.

How to Order Raciones

A common misunderstanding when it comes to Spanish cuisine is that tapas are a type of dish intended to be shared among the table. If you go by that definition, what you are describing is much more closely related to what are known across Spain as raciones. While ordering several tapas among a group wouldn’t be considered an acceptable substitute for a meal, the opposite is true when it comes to raciones. 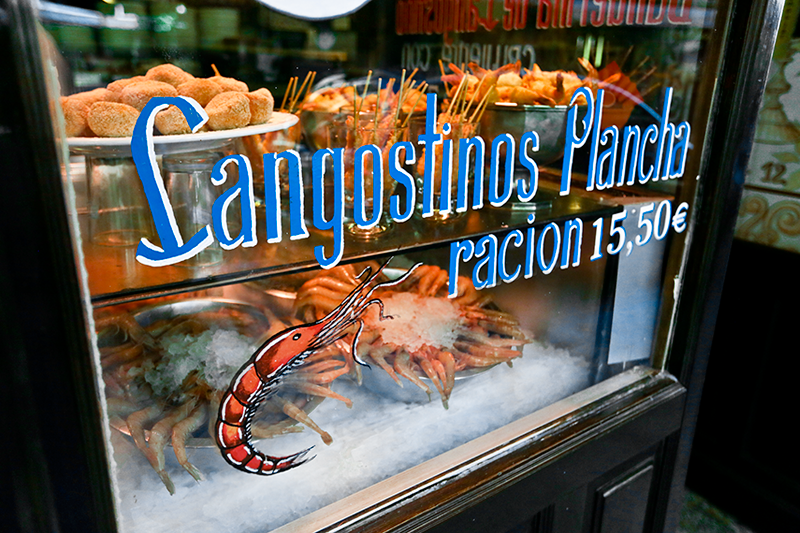 It is not typical to order raciones by yourself; the portions are far too large to be enjoyed without company. To do so would really limit the variety of what you are trying since you are unlikely to have the appetite to eat that much. It’s advisable to have a group of 4 or more people when you go for raciones. In the case that you are only 2 or 3 people, some places offer media raciones, which are half the quantity of a normal ración. In addition to being good for small groups, medias are a nice option for a larger group that wants to sample a bit of everything or when not everyone in your group is interested in eating a particular dish. Another thing to consider, especially if you are ordering a lot of different raciones, is that while things like embutidos (sausages and other charcuterie) and quesos (cheeses) will be frio (served cold), other dishes like berenjena (eggplant) and albondigas (meatballs) are served hot. If you order everything at once, it’s very likely that your food will go cold before you have the chance to eat it. It’s common practice to order a couple of things to get started, and order more as you go along, thus eliminating the need to speed-eat your food at it’s intended temperature. Another advantage of ordering a bit at a time is that you can gauge how many raciones you want to eat and avoid ending up with more than you know what to do with, not to mention wasting good food and money. 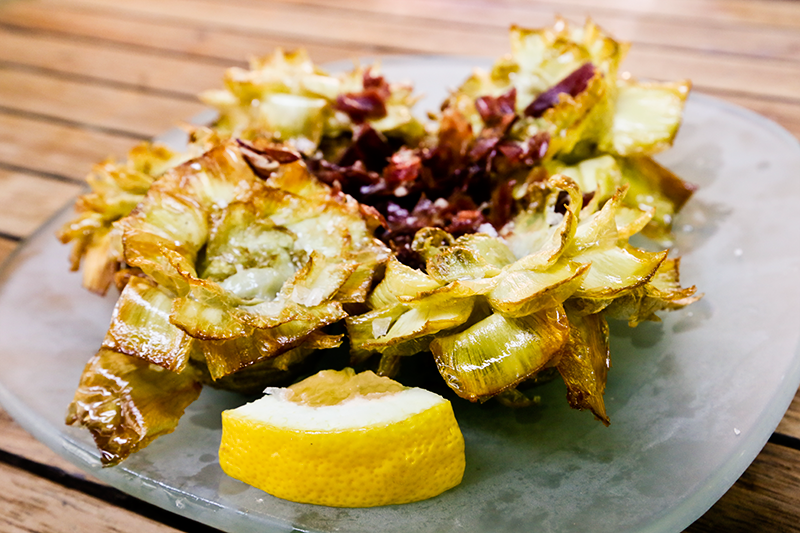 If you are in the mood for a more formal meal or you just don’t feel like sharing your food, there are plenty of restaurants that serve dishes in courses, either from la carta or in the form of a menú del día (or menú for short). On a typical carta, things will be broken down into courses or categories. You will rarely need to order a dish from each category, except in the case of a menú, where several options from different categories are offered at a fixed price. 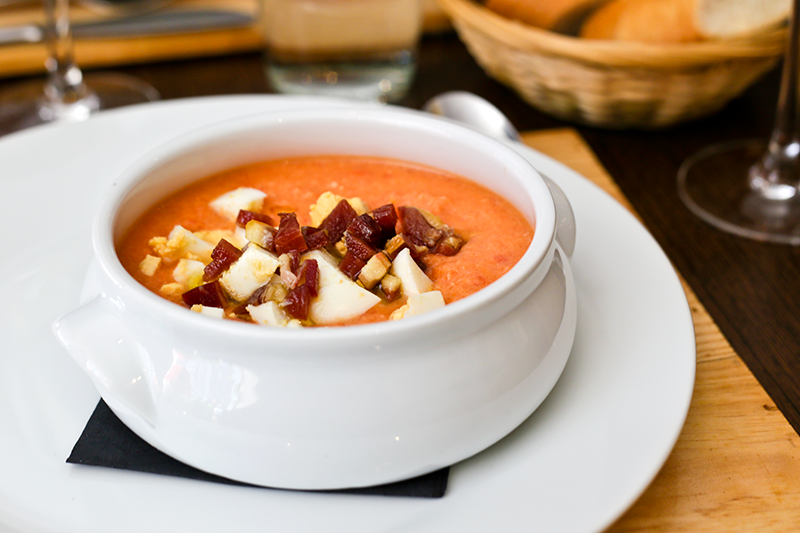 Salmorejo – a cold tomato soup – is a common order among diners, especially in summer

The first categories you are likely to come across are entrantes (also called entremeses), primeros (also called primer plato), ensaladas and sopas. Entrantes are appetizers and primeros are first courses, but sometimes you will only see only one or the other as the categorizing tends to be used interchangeably. Ensaladas (salads) and sopas (soups) may be listed as a subcategory of entrantes or primeros or may appear on their own. 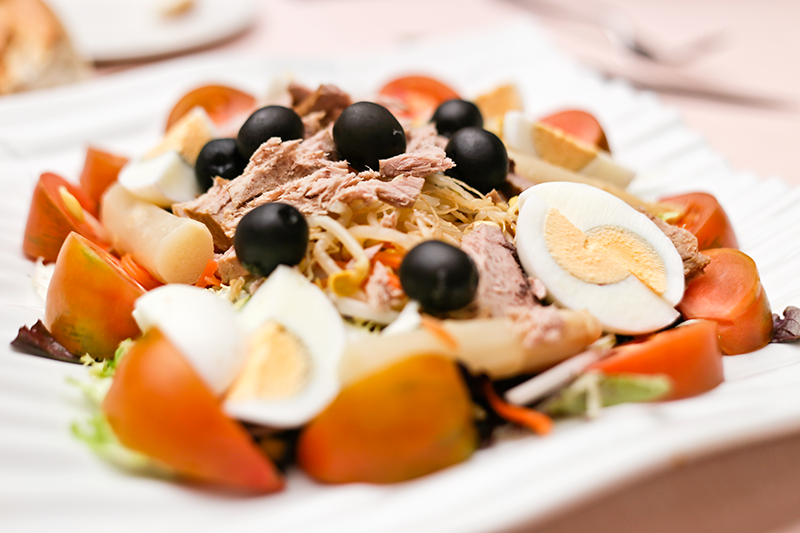 As we mentioned here, it is not uncommon for a plato principal to consist of the protein mentioned, and not much else. That’s where guarnicións come in. Guarniciónes are usually listed towards the end of a menu, and they are side dishes. If the plato principal is listed specifically with something, you can expect those things to be served together, but otherwise, if you want a side of anything, you better ask about it. On occasion, you will see a dish listed with guarniciónes a elegir, which indicates that the dish is served with your choice of sides. When in doubt, just ask, “viene con guarnición o viene solo?” meaning, “does it come with a side or alone?” 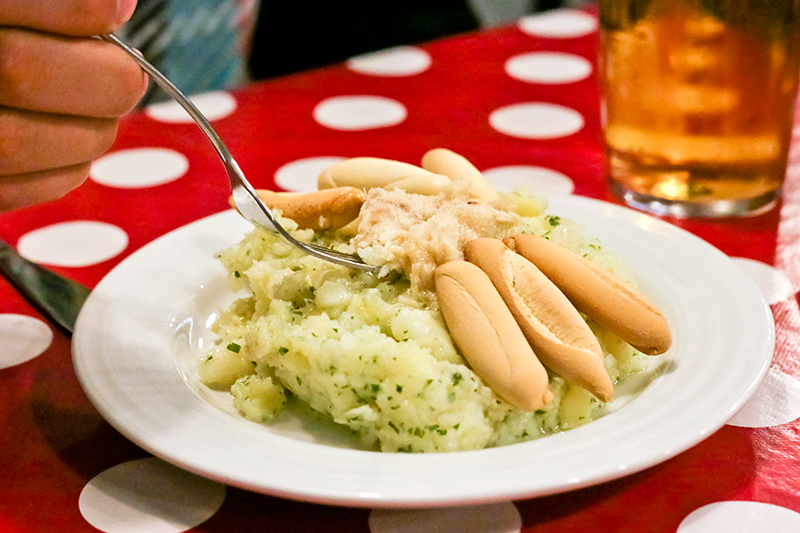 Papas aliñás – potatoes, in many different forms, are a common guarnición

With so many choices, it can be nice to have some limitations and a menú del día provides just that. Menús are available at many restaurants for lunch on weekdays. Once in a while, you can find a menú offered for dinner or on the weekend, but that is definitely the exception to the rule. Menús consist of 2 or 3 savory courses with 3 or 4 choices of dishes in each category and normally include a beverage and dessert for a set price. Menú options are usually listed on a chalkboard near the front of the restaurant or told to you table-side. If you aren’t used to listening in Spanish, spoken options could prove difficult to understand, let alone remember. If you see a written menú upon entering a restaurant, we recommend taking a quick photo so that you can reference it easily at your table.

After the Meal: Postre & Sobremesa

When Spaniards go for a meal, they usually wrap things up with postre (dessert) or café (coffee). Some menús will included both in the price, other offer the option of one or the other, but there is always the option to order café in addition to dessert for a nominal fee. With the clearing of plates comes the beginning of what is known as the sobremesa, the part of the meal frequently responsible for it’s lengthy duration. The sobremesa refers to the time you spend after your meal chatting at the table. 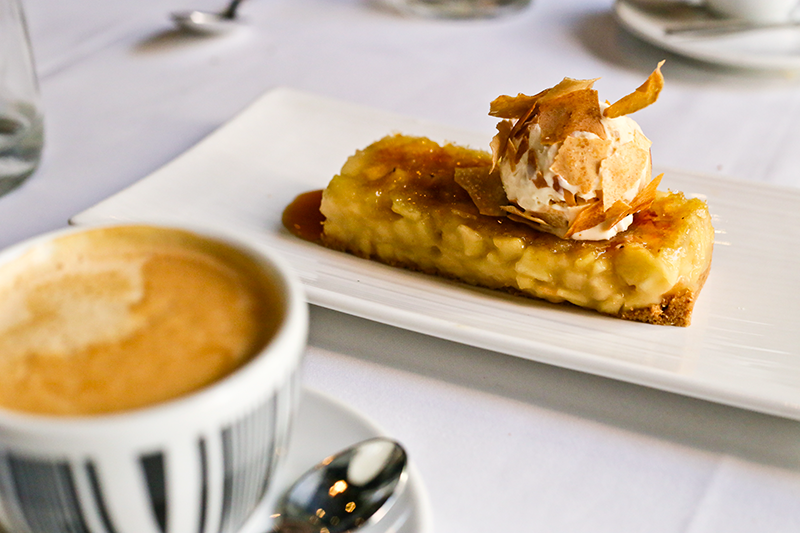 In Spain, no one will rush you to pay la cuenta (the bill). When the Spanish are done eating, they like to draw out the experience, relax, and enjoy time with their dining companions before going back to the daily grind. The sobremesa is for making the most of your time with good company and can last as long as an hour after everyone is done eating. It’s yet another social component to eating in Spain and one which we strongly recommend you indulge in.