Eating in Spain: Typical Meals & When to Have Them

The Spanish keep a meal schedule that is pretty extreme by the standards of other countries, particularly when it comes to how late they eat dinner. What many people don’t realize is that dinner is not the main meal of the day in Spain. 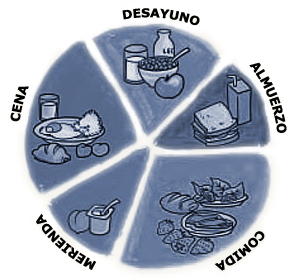 Image adapted from infoalimentacion.com Although it’s recommended that the Spanish eat 5 meals a day, with busy schedules and modern work hours, few people maintain that kind of routine. To give you an idea of the guidelines as well as what people actually eat, we’ve described each of the 5 suggested meals below…

Desayuno: El desayuno is the first meal of the day and is the meal that most often gets skipped. Breakfast in Spain is fairly light for adults, consisting of coffee and toast or a biscuit, if it’s eaten it at all.

Almuerzo (also media mañana): Theoretically, the intent of this meal is to serve as a snack that rounds out breakfast and keeps you energized until lunch, which is later in Spain than in many other countries. If you go into a Spanish bar around 11, it’s not uncommon to see people almorzando with a pincho de tortilla, pastry, bocadillo, or other small item to eat along with a zumo (juice) or café. Some people have both a desayuno and almuerzo, those who skip desayuno might have a more substantial almuerzo, and depending on the person, it might be normal to skip both altogether. 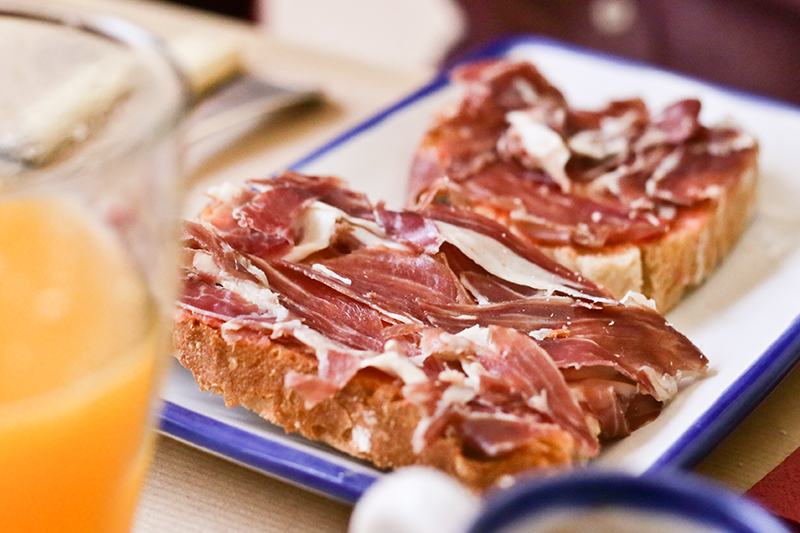 Comida: La comida is the main meal in the Spanish diet, similar to dinner in other countries, and takes place around 2:00pm. It is becoming more common that places open for lunch around 1:00pm, but it’s not yet the norm. La comida usually consists of several courses and many restaurants offer a menú del día at this time. Depending on who you talk to, this meal is also called el almuerzo, referring to lunch rather than a mid-morning snack. If you eat by the book, you’re meals up until this point will be spaced every few hours; desayuno around 8:00am, el almuerzo around 11:00am, and la comida around 2:00pm.

Merienda: La merienda is common among children and is basically an afternoon snack intended to give your kids some energy between lunch and dinner time. A merienda in this sense consists of a simple bocadillo, fruit, yogurt, or some sort of sweet bread or pastry. As kids grow up and start managing their own eating habits and schedules, the merienda is eaten with less frequency. 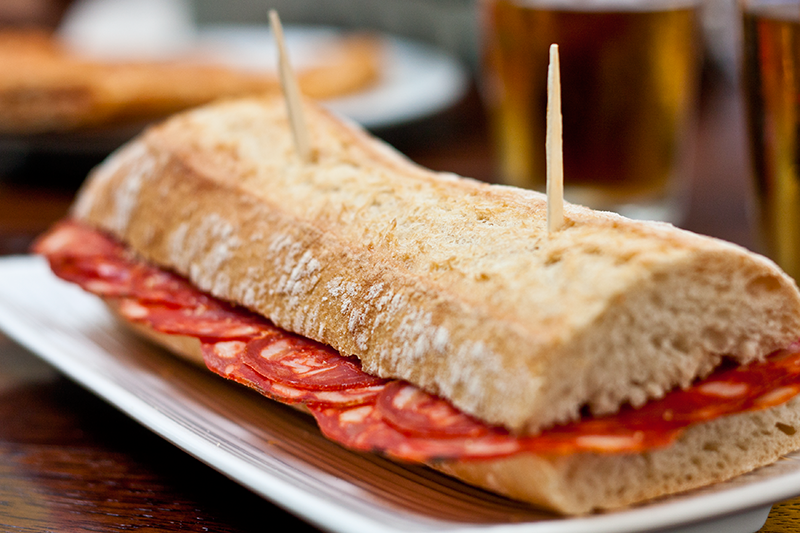 Cena: The final meal in the Spanish day is la cena, or dinner. Dinner in Spain is lighter than la comida but can also consist of multiple courses. Traditionally, la cena takes places around 10:00pm. With schedules evolving, some people have begun to have a merienda-cena, which just means they have a final meal at an earlier time rather than an evening snack and then dinner. Still, if you go out to eat around 8:30pm, when restaurants open for dinner, even popular places will be practically empty. Although replacing dinner with a merienda-cena is not typical, it is an economical option that gives your body some extra time to digest your food before going to bed.

The New Merienda: an After-school Snack Made Over

It used to be the case that only children and older generations had a merienda on a regular basis. Lately, young and fashionable Spaniards are embracing this evening tentempié (snack) to the point that it has become a thing. Although it’s not necessarily something you do every day, going to merendar has evolved into a sort of leisure activity and new menus are popping up every day that cater to the trend. 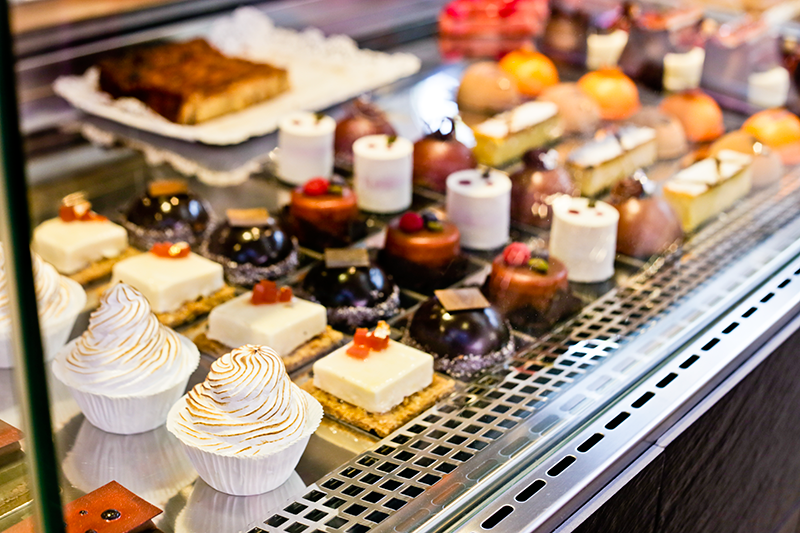 a fancy selection of sweet merienda options
A merienda among adults normally takes place around 6:00pm and provides a great opportunity for catching up with friends, people-watching or just plain gossiping. Meriendas may be enjoyed in the home with family or close friends or out in a more social scene. As one might imagine, this renewed cultural phenomenon is inherently more popular among women than men; but don’t worry about the men, there are plenty of bars where they can go to merendar. 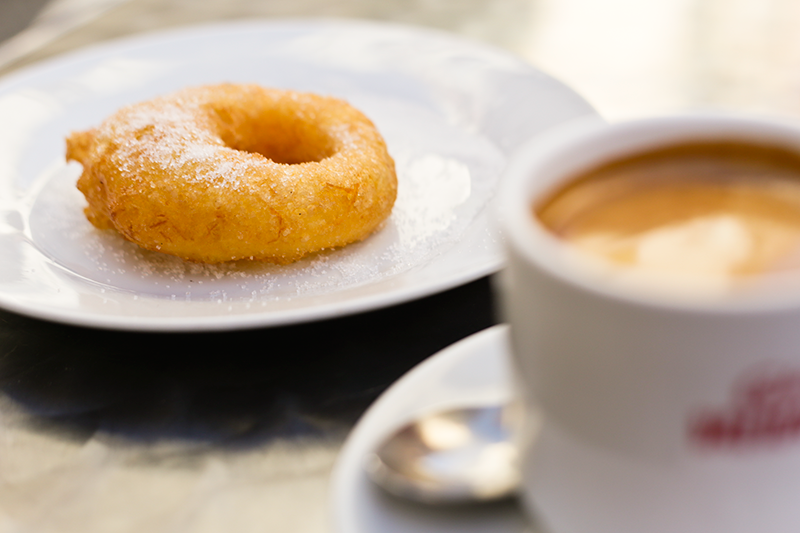 While the ever-loved churros con chocolate make a perfectly acceptable merienda for people of any age group, the modern spots to merendar are offering savory and sweet options that run the gamut from tostadas to petit fours. It’s easy enough to prepare a merienda at home and invite your friends to join you, but there seems to be an element about the contemporary merienda that serves as an excuse to go out while spending a lot less than you would going for la comida or la cena. Beyond that, some of the more exclusive meriendas are as much about the scene as they are about what you order and have become so popular you could even find yourself waiting for a seat.