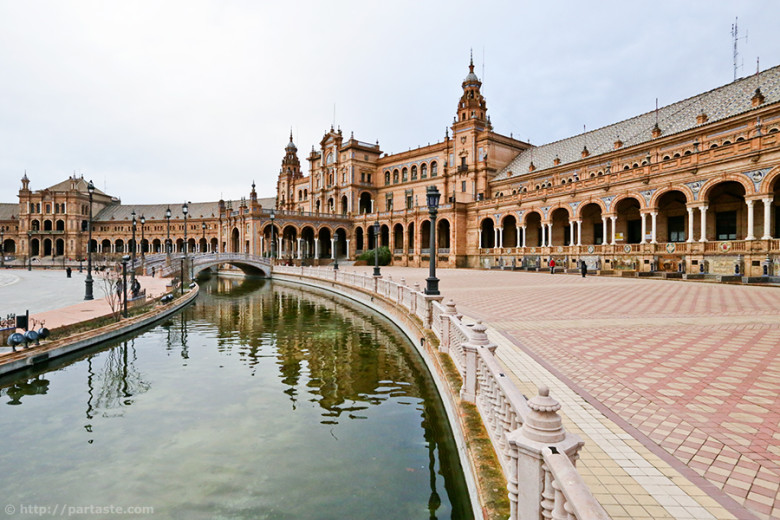 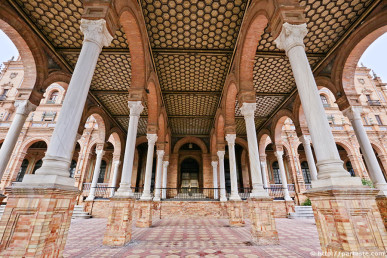 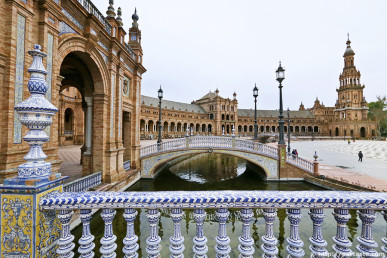 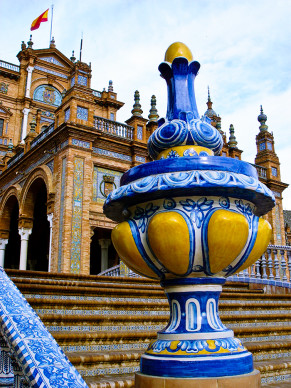 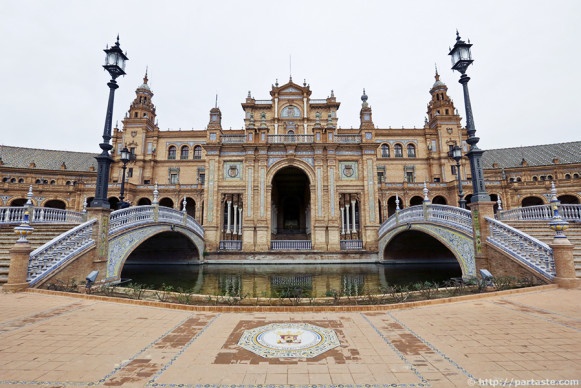 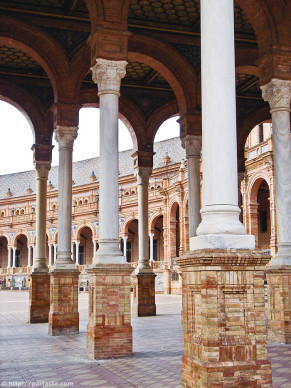 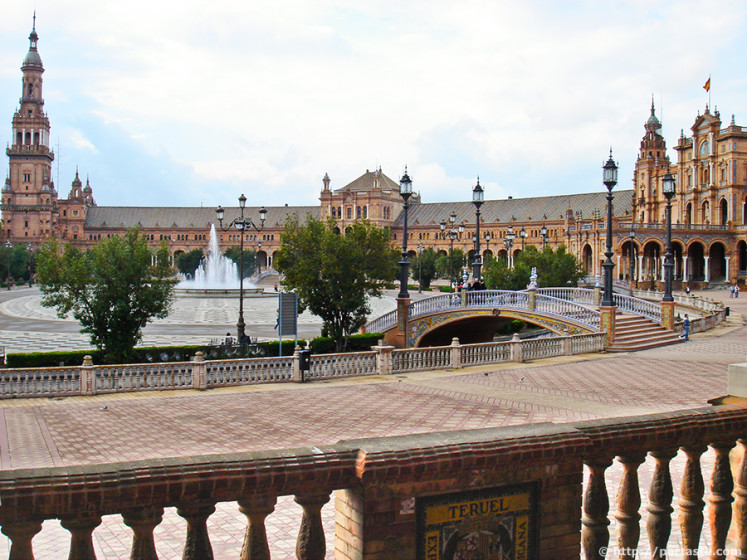 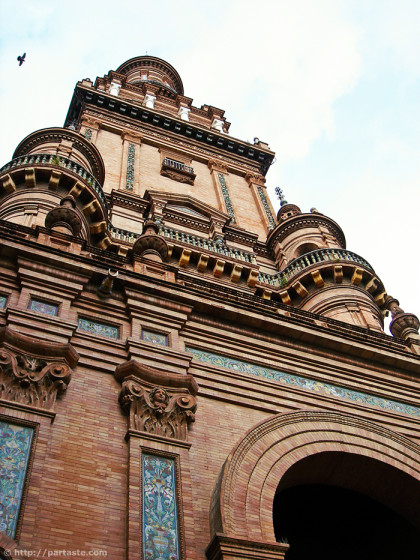 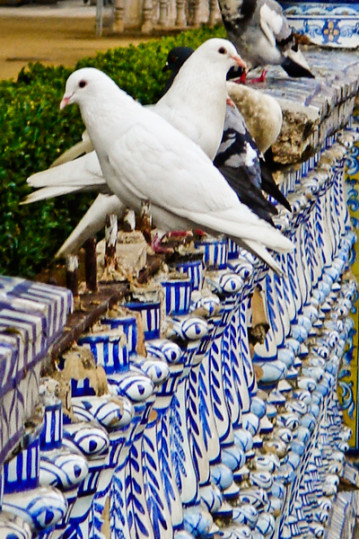 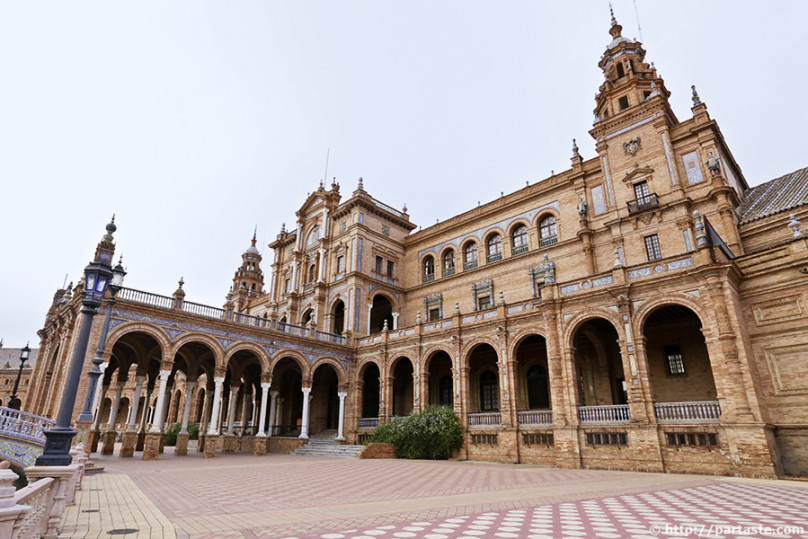 Built for the Ibero-American Exposition, a world fair that took place in Seville in 1929, the Plaza de España is one of the city’s most iconic landmarks. Its architect, Aníbal González Álvarez Ossorio, designed the plaza in a combination of Renaissance and Neo-Moorish styles, featuring brick construction, ornate ironwork and, of course, Seville’s famously vibrant, hand-painted tiles. The space itself consists of a semi-circular structure, housing local government offices, fronted by a colonnade gallery and canal. The main building, flanked by two imposing towers, connects to the open plaza via four ceramic bridges that represent the ancient kingdoms of Spain: Aragon, Castille, Leon and Navarre.

For movie buffs, the Plaza de España was used as the set of several famous films: 1962’s Lawrence of Arabia, Star Wars Episodes I and II and The Dictator, starting English comedian Sasha Baron-Cohen. Other notable features of the plaza are the fountain, dedicated to Vincent Traver, positioned in the center of 50,000 square meters of open space, a small fleet of row boats for rent in the canal and a collection of ceramic benches that line the plaza’s main structure, with detailed paintings of allegories from each of 48 provinces of Spain. Plaza de España is an obligatory stop for anyone visiting Seville and with its ideal location within the city’s María Luisa Park, it has the added bonus of picturesque surroundings.

Casa Moreno: Skip looking for a place to eat, and rather bring your meal with you. Casa Moreno, the oldest existing ultramarino (grocery store) in Seville, is still serving its original purpose, and then some. Apart from stocking a bounty of quality canned and bulk foods, cheeses and charcuterie, Casa Moreno contains a hidden bar that most tourist never come across. Grab a small snack while you are there and then stock up on supplies for an afternoon picnic. » see more

Comfort: The Hotel Rey Alfonso X strikes a graceful balance between modern style and traditional Andalusian aesthetics in a 19th century building adapted to meet today’s standards. The bright and peaceful space provides a relaxing retreat in the heart of Seville’s old town complete with private rooftop bar and pool and panoramic views of the city. (15 minutes walking) » book a room

Luxury: The Hotel Alfonso XIII, built for the Ibero-American Exposition to accommodate royalty and celebrities, is as rich in amenities as it is history. (11 minutes walking) » book a room